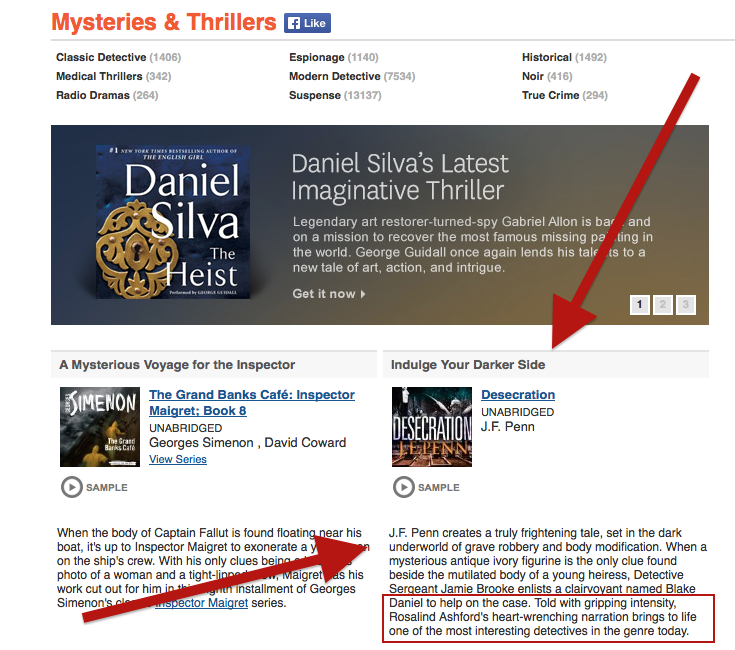 • Completed a series of books by classic romance author Anita Mills for Audible Studios;
and Executive Presence by Sylvia Ann Hewlett (Non-Fiction)
and Lovers at the Chameleon Club by Francine Prose, both for Harper Audio.
All audiobooks are available on Audible.com, Amazon and iTunes.

~ VOICE WORK ~
• Narrated two videos (see below) for the Cliffs at Glassy, a world-class golf course community
located in South Carolina.
• Look/listen for a series of commercials and videos voiced for Slendertone products.
• For kids of all ages! Narration of The Aristocats for Disney (clip below), part of an exciting new
interactive i-phone/i-pad App collection featuring narrations of Classic Disney Books.
• Completed a series of E-Learning Courses for ExxonMobil.
• Recorded the role of The Queen (clip below), originally voiced by Miriam Margolyes,
in a new 3D re-mastering of the wonderful BBC classic children's cartoon, Muzzy In Gondoland.

~ TV AND FILM WORK ~
• Appearing as the Critic in L'Absinthe, or Anatomy of a Novel, an Indie Feature.
• Featured as Mrs. Hudson in Sherlock: Elementary for Jest.com.
• Completed a juicy featured role in Aaron, an Indie Short.
• Filmed a second featured role in the series, Seven Deadly Sins
for Investigation Discovery Channel. Watch for Gluttony and Sloth as the series airs.
• Played a fun, creepy character role in the Indie Feature, Paranormal Asylum.